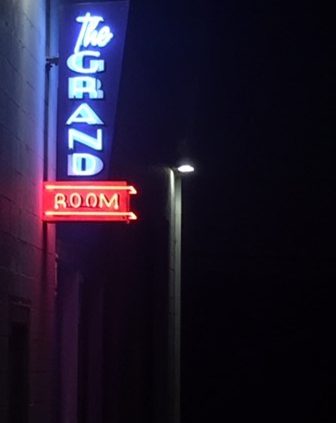 Starting this December (2018), Industrial Eats will share its best chefs for private events at the neighboring Grand Room space. This is an obvious concept that owners and management came up with recently almost overnight…and that’s as quickly as the promoted dates sold out. It started with a social media post of a vague hand-typed outline of the idea, stating merely that Eats would be starting a new series of dinners at the Grand Room; one night a month a different Eats cook would put together a menu of whatever it is they are currently inspired by. The first dinner will take place on Saturday, December 1st. When posted, there was simply the hashtag #keepingthingsinteresting in the subject line. And within a few hours – and over 85 comments later – the event had sold out to a lucky 50 fast-responding and clearly Eats-loving happy customers. In case this is starting to sound interesting to you, beware that January and February have already sold out as well. So as they say, it’s on. For updates on future cooks menus at the Grand Room, follow @industrialeats on Instagram/Facebook (which also automatically updates in the feed at the top of the Magazine page here on our website).